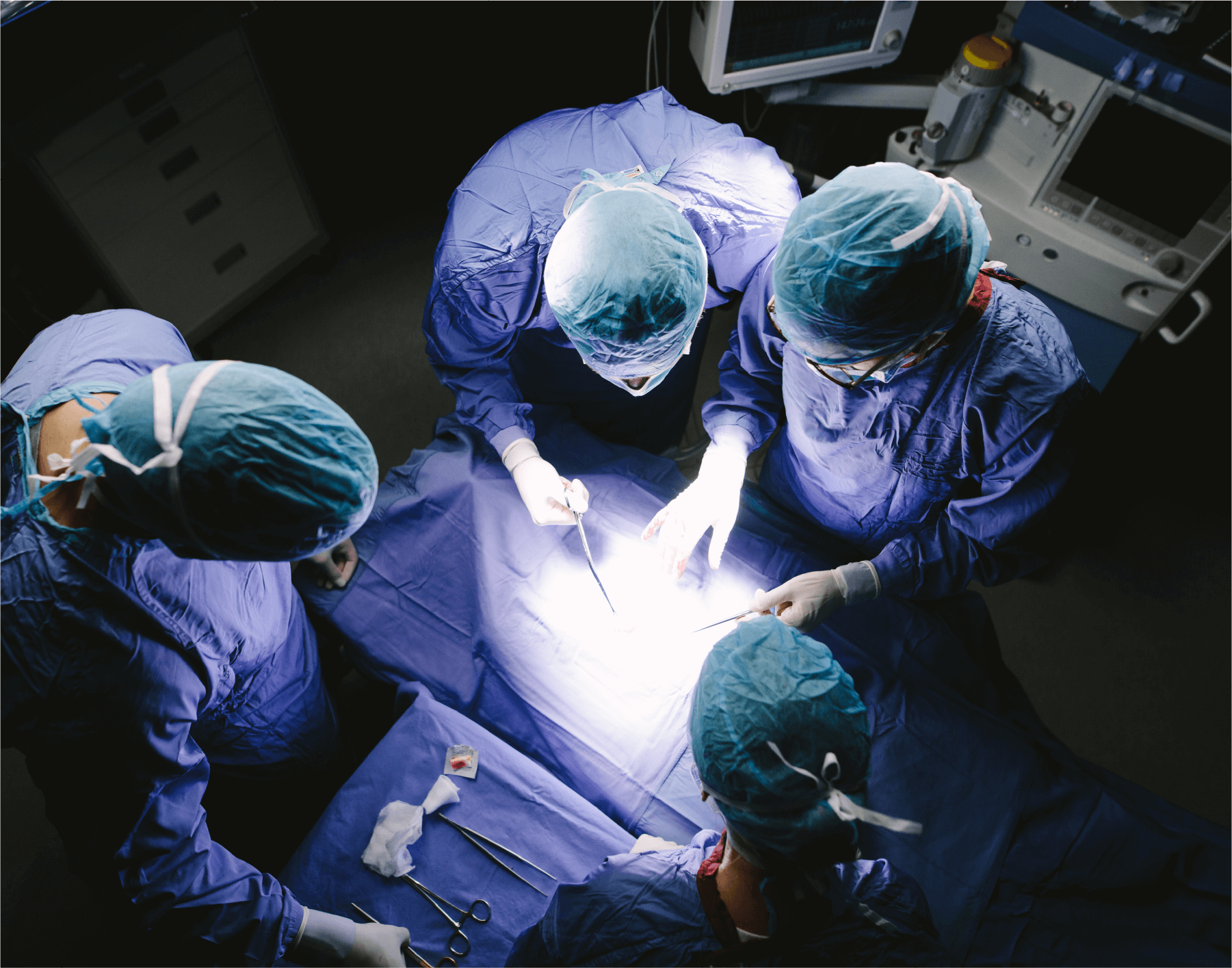 “…the aggressive pursuit of more patients, more surgeries and more dollars has undermined Providence’s values – rooted in the nonprofit’s founding as a humble home where nuns served the poor – and placed patient care in jeopardy.”  – Seattle Times February 10, 20176

Swedish Medical Center in Seattle was the center of a scandal in which neurosurgeons were receiving financial incentives to dramatically increase the number of brain and spine surgeries to dangerous levels, including double-booking surgeries. The Seattle Times reported that these hazardous and unsafe practices led to severe, painful complications for many patients and the death of a young woman.7

Investigations by the FBI, Department of Health and Centers for Medicare and Medicaid Services (CMS) led to the resignations of the chief neurosurgeon and the CEO of Swedish8.

Providence executives do not seem to have learned from this experience, and recently they announced cuts to 540 crucial staff, including in the neurosurgery department.9

A Lost Voice: Surgery was supposed to mean a better life for Talia. But something went wrong.
Seattle Times
February 10, 2017 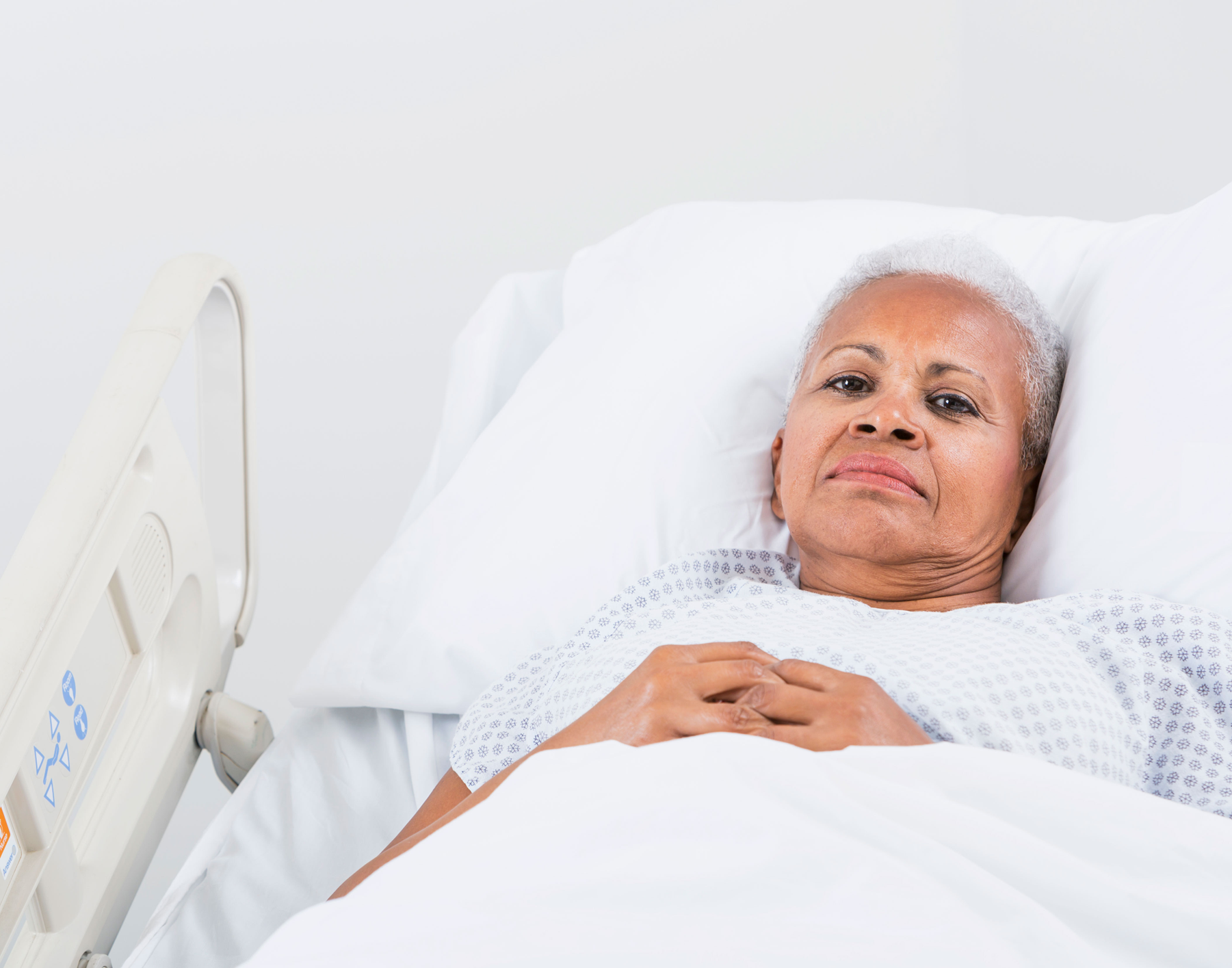 While FBI and Department of Health investigations of the surgery scandal at Providence’s Swedish Medical Center were ongoing, Providence caregivers in many other facilities were raising alarms about issues with the safety and quality of patient care:

“‘There is, in fact, widespread fear of retaliation and retribution within our physician community,” said the doctor, who requested anonymity because of those fears, but whose speech was obtained and verified by the Missoulian. ‘…There is now a culture of fear and intimidation which is obviously inconsistent with the mission and values of Providence.’” 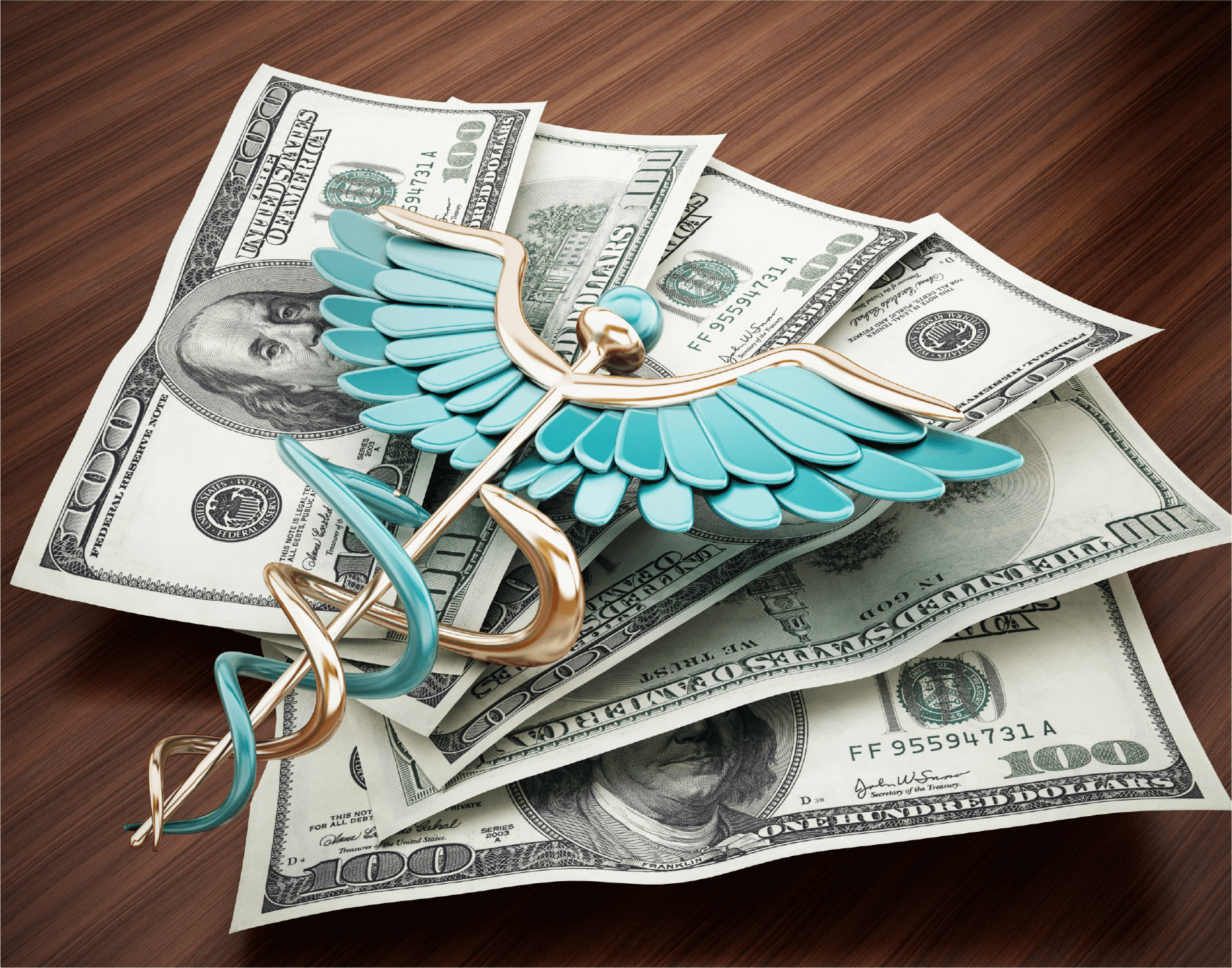 There are many indications that Providence St. Joseph Health could be driving up the cost of healthcare for patients, including: 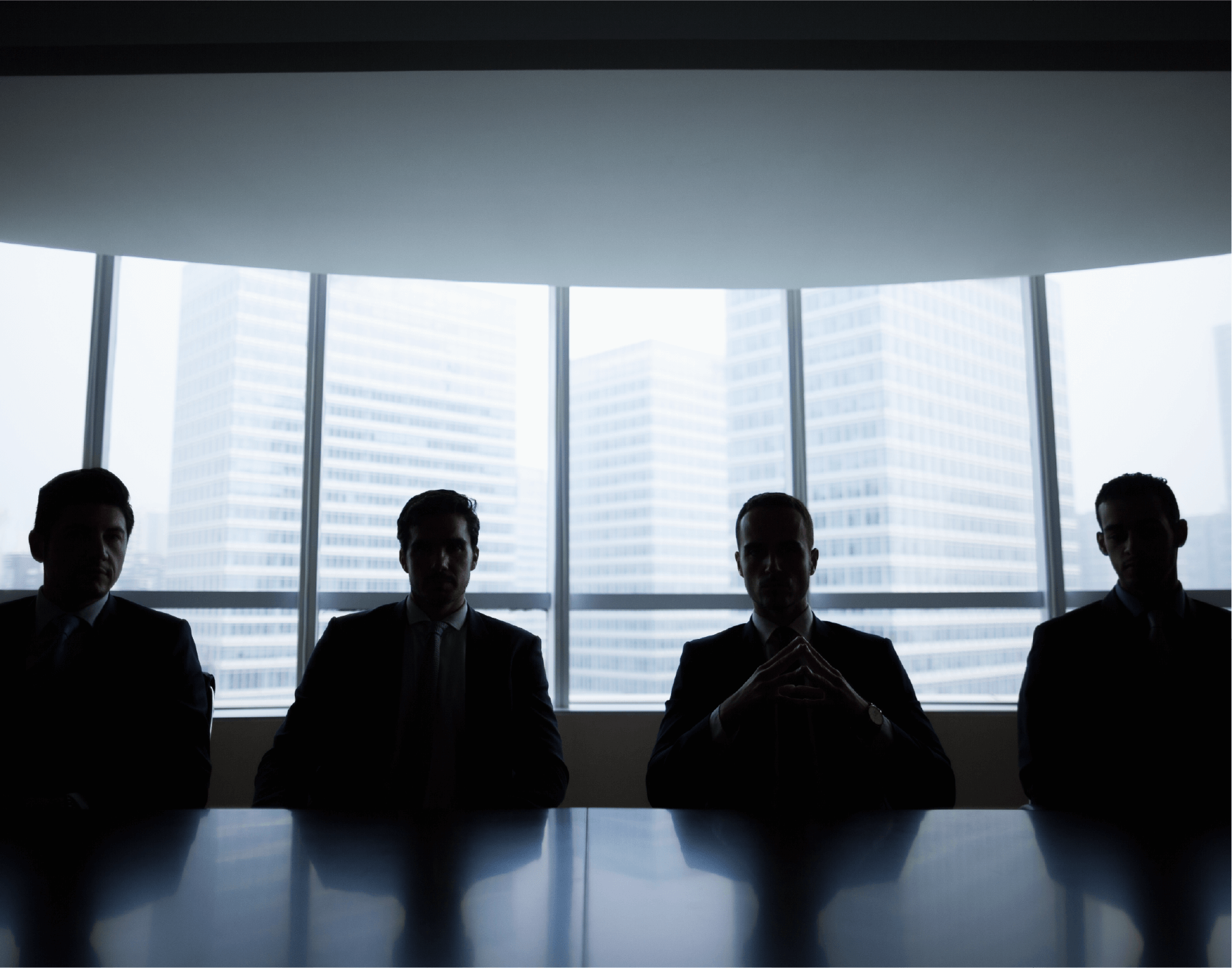 David Sabey, President of the Sabey Corporation, is a co-chair of “The Campaign for Swedish” fundraising effort, which asks people to donate money to Swedish. Sabey is also the landlord of Swedish Health Systems’ Cherry Hill campus, collecting millions of dollars a year in rent from Swedish.

As the Seattle Times warned, “While it’s common for hospitals to have close relationships with their top benefactors, prominent experts in nonprofit and health-care law say the Swedish-Sabey alliance has developed an unusual interdependence, setting up potential conflicts and pitfalls that some organizations work to avoid.

“‘I’ve never heard of something like this,’ said Ann Bittinger, a Florida-based lawyer who specializes in business transactions for health-care organizations. ‘It’s weird.’

“Sabey’s company has collected millions of dollars in annual rent from Swedish and embarked on a for-profit venture with its parent organization. He has helped connect device companies with surgeons and propelled a contentious plan for taller buildings in the campus neighborhood where his business now owns $150 million in real estate.” 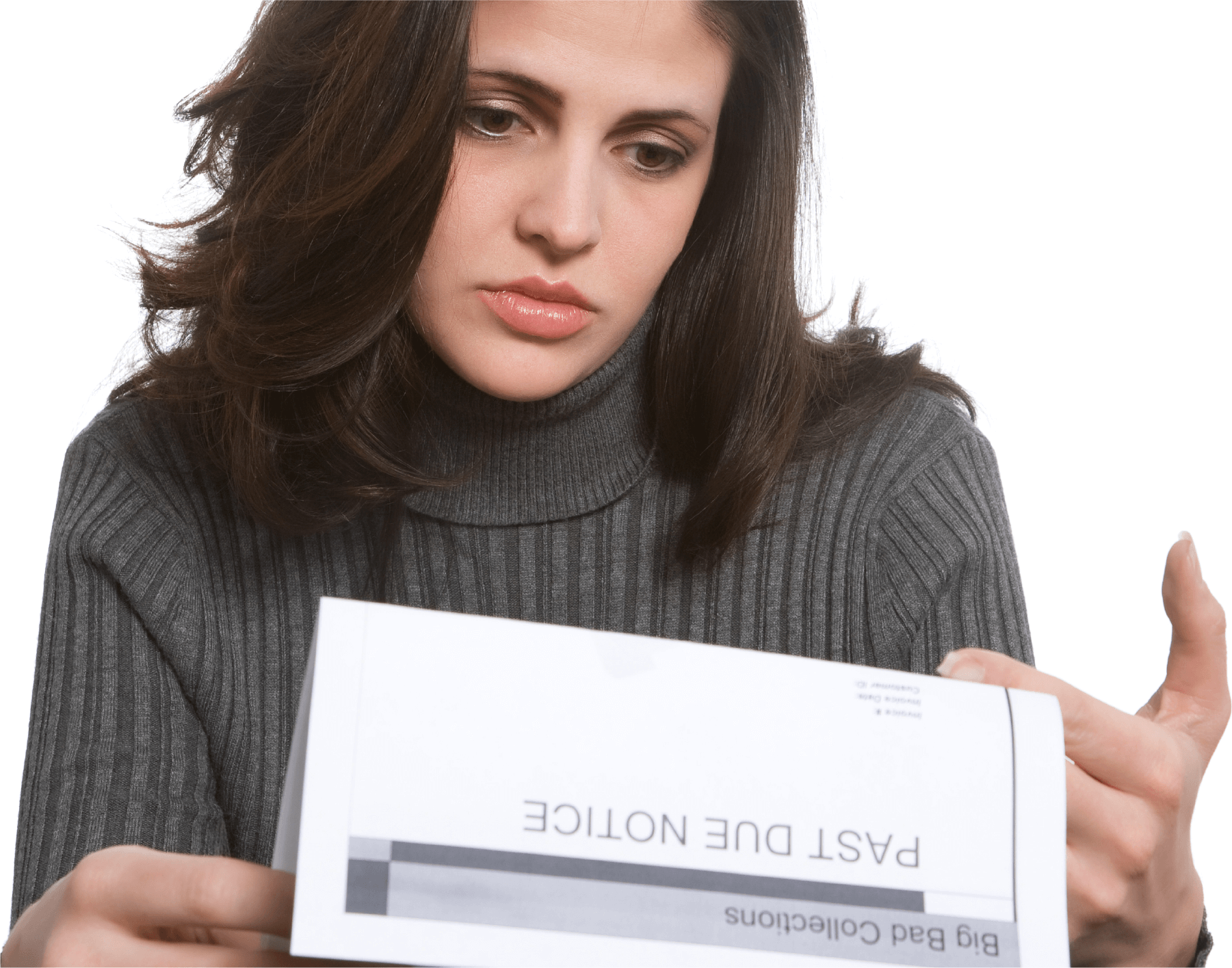 It is a sad irony that, even though Providence healthcare workers have dedicated their lives to providing quality care to patients in our communities, they often cannot afford healthcare for themselves and their children: 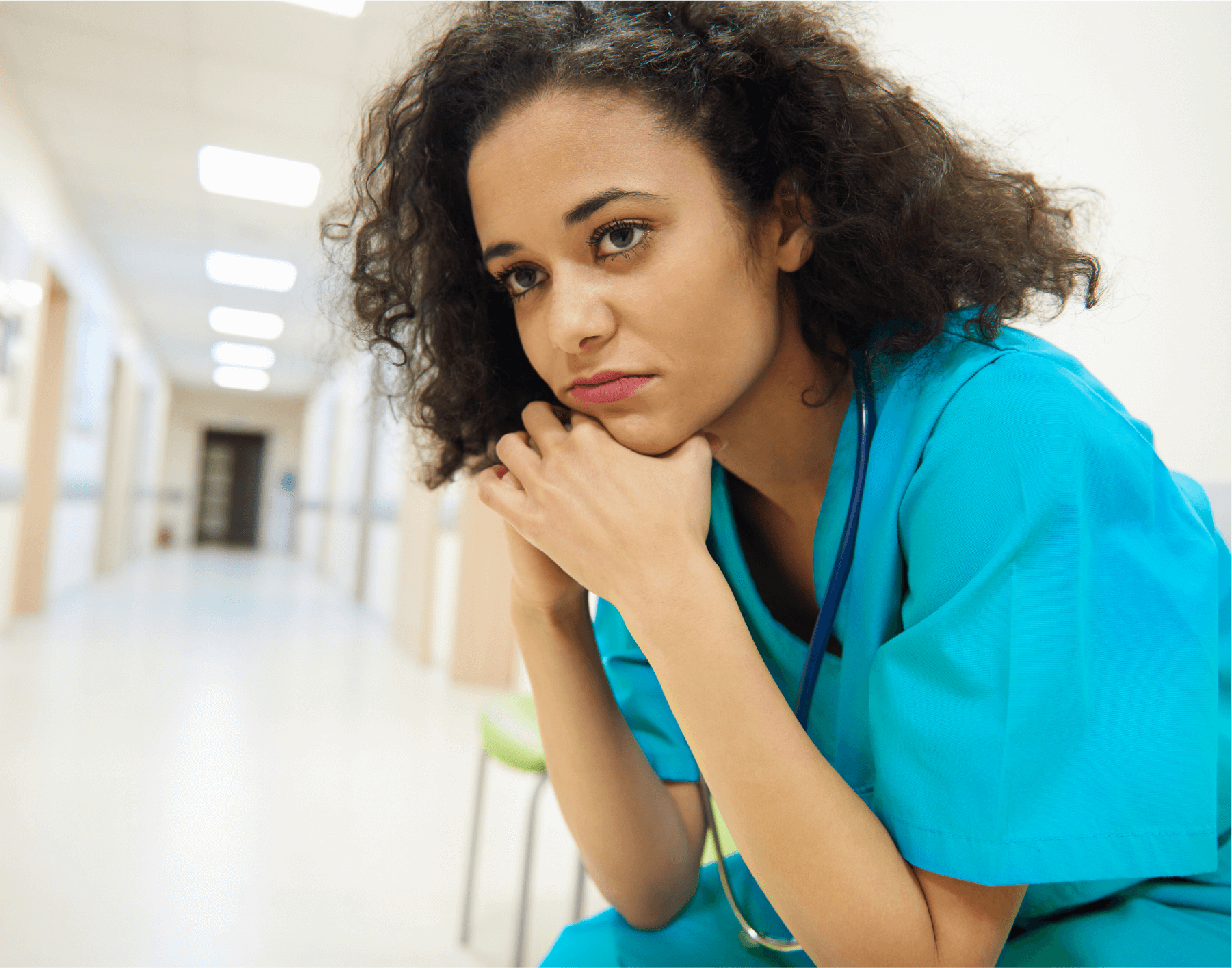 In September of 2018, Providence’s Swedish Health System in Seattle announced 540 staffing cuts14, including vital Labor and Delivery nurses for mothers giving birth. This means that most mothers in the crucial first stages of labor will not receive one-on-one care from a nurse.

Providence St. Joseph Health is also closing a special care nursery in Ballard, Washington and slashing staff throughout other states, leading to what some healthcare workers warn is a “staffing crisis”: 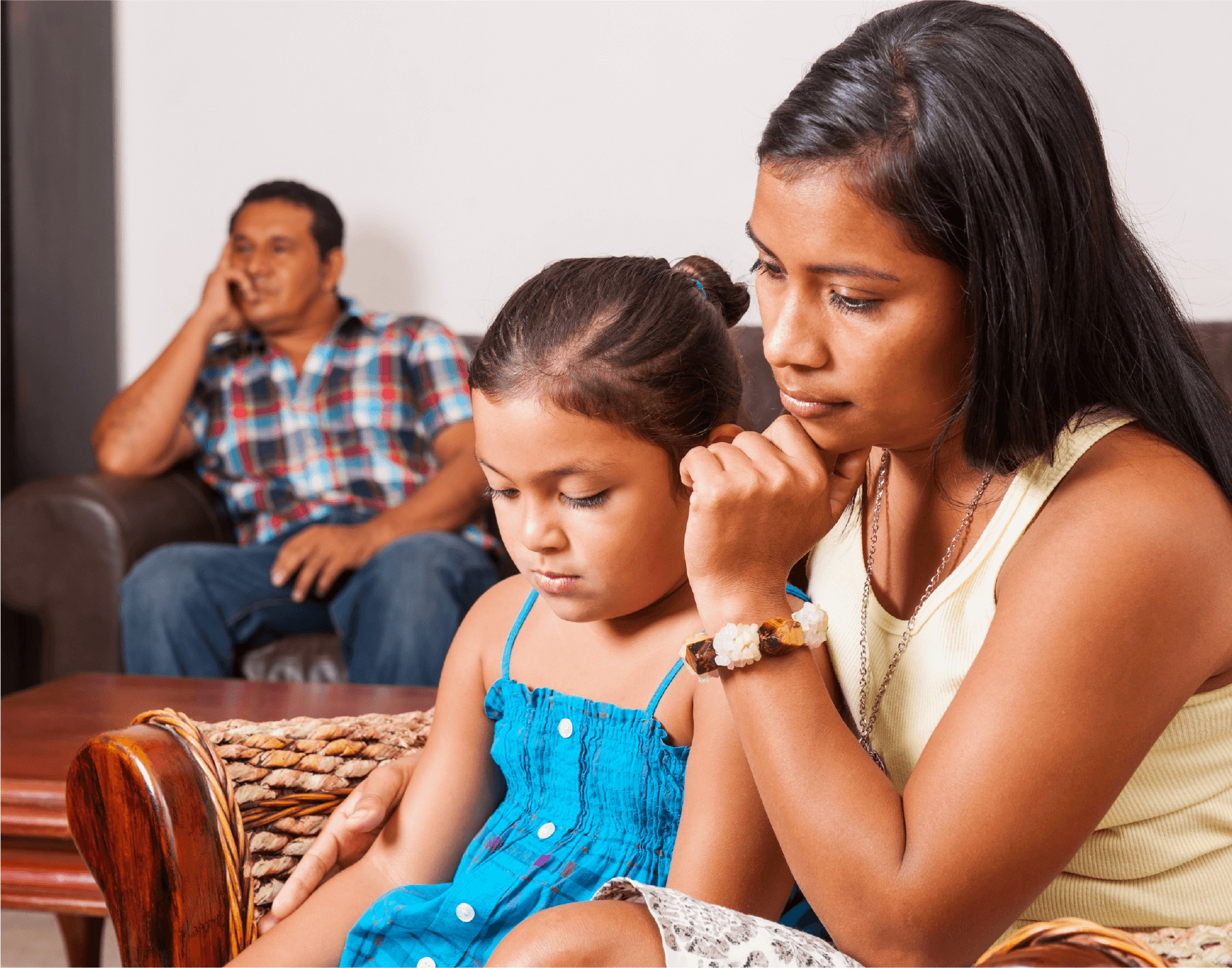 Despite Providence’s repeated claims in marketing materials that its chief concern is for the poor, thousands of Providence employees are paid so little that they and their children need to rely on Medicaid.

Providence’s CEO makes over $4 million a year and the corporation is raking in $23 billion a year in revenue. But Washington taxpayers were forced to pay $8.9 million dollars in just one year because many Providence employees have to rely on Medicaid for their family’s healthcare.13

How does this align with Providence’s core values of Compassion, Dignity, Justice, Excellence and Integrity? 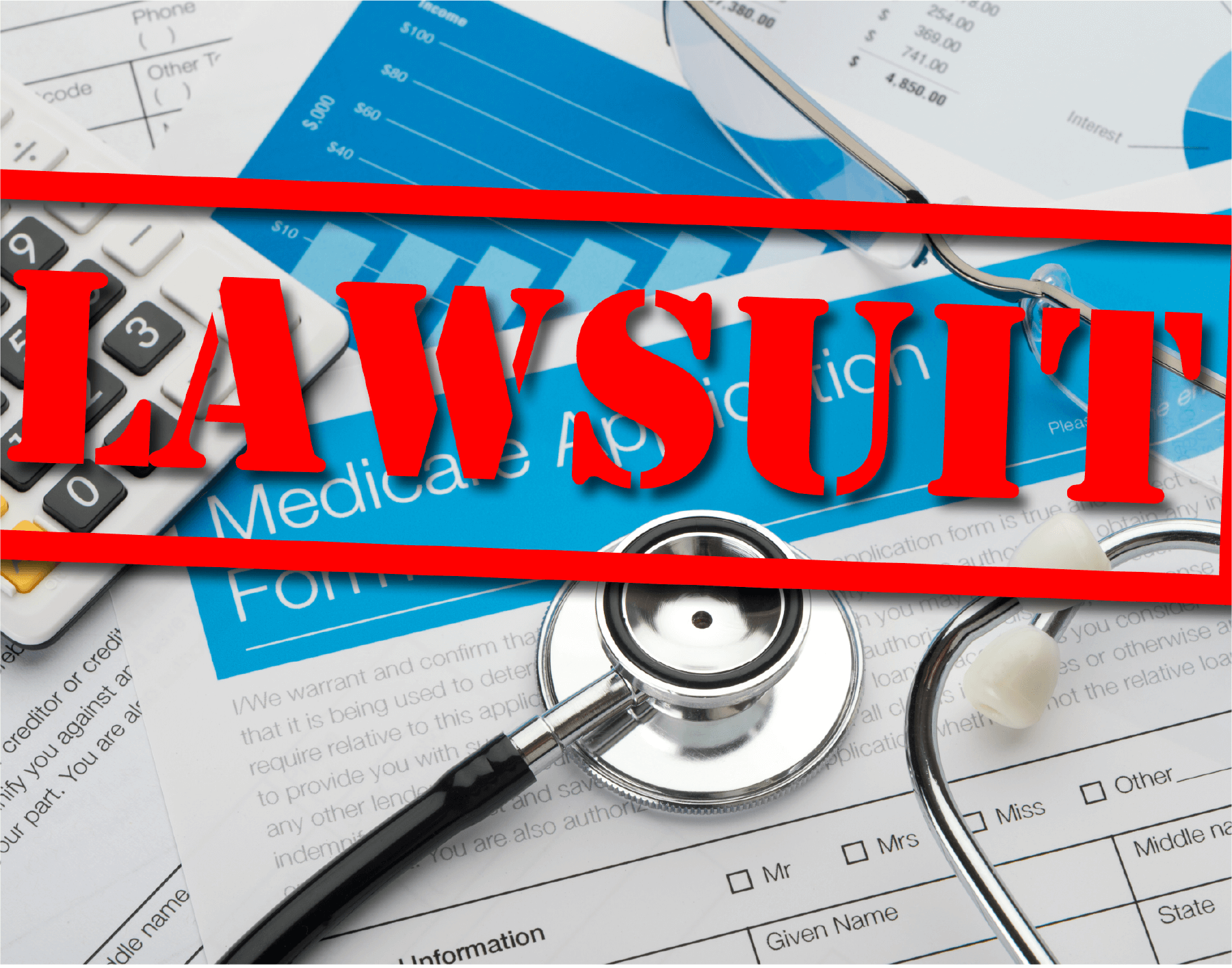 The entire Providence system, including Swedish Medical Center in Seattle, is facing a lawsuit for allegedly overbilling Medicare by more than $188 million. Integra Med Analytics, a data analysis firm, says that Providence has been falsely inflating its billing by creating “a culture throughout Providence that promoted increasing Medicare billing without regard for accuracy.”

According to an article in Modern Healthcare: “The lawsuit…claims Providence, with the help of an outside consultant, pushed physicians to add secondary diagnoses when documenting treatment so the health system could qualify for higher Medicare reimbursement… Physicians allegedly received a kickback if they complied with the requests.” 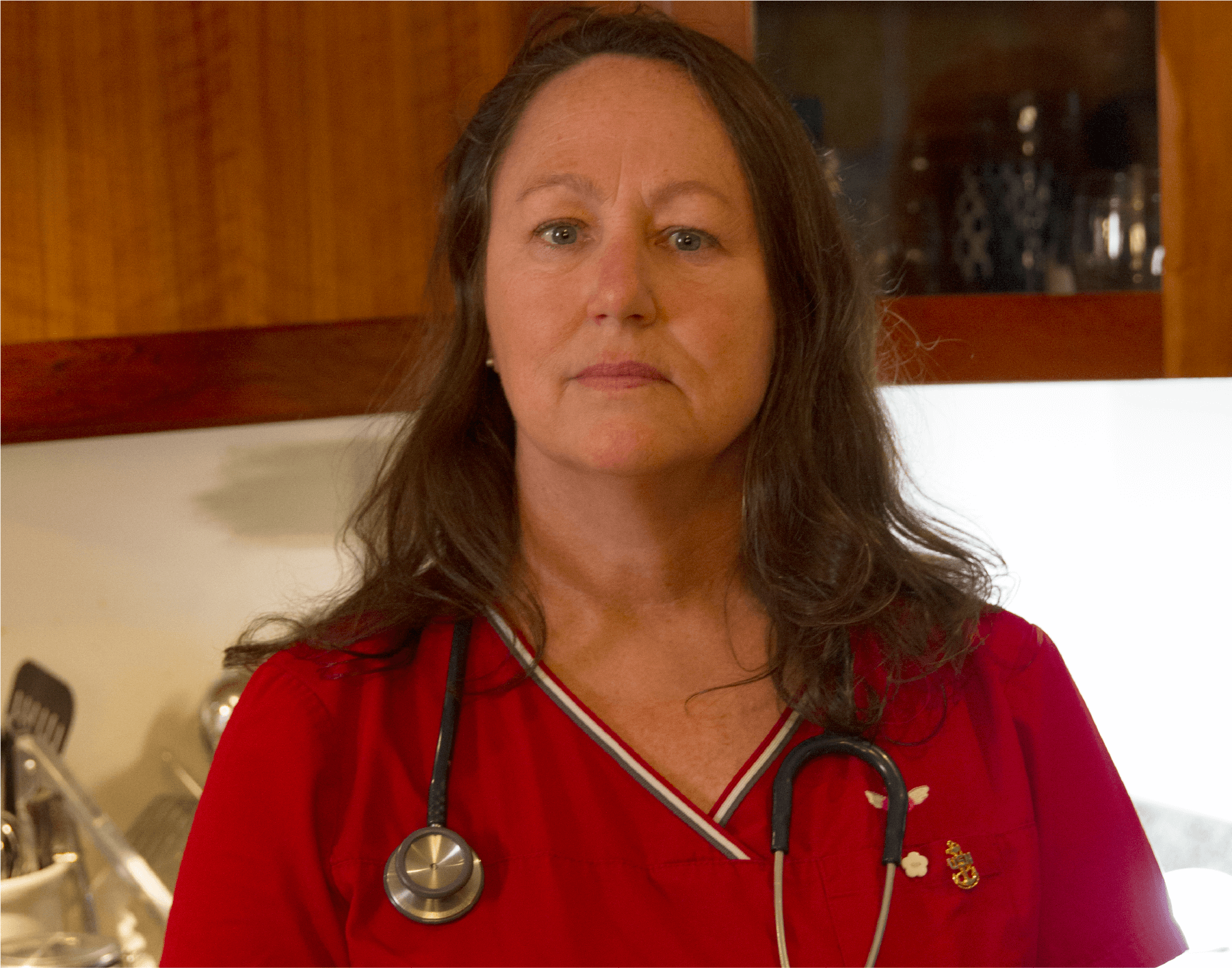 In the last two years, federal prosecutors have charged Providence with breaking the law multiple times by violating nurses’ and caregivers’ rights under the National Labor Relations Act. Union busting goes against the core social justice teachings of the Catholic Church, and is yet another indicator that Providence has lost its way. Providence’s illegal acts include:

The federal government found Providence Hospice & Home Care of Snohomish County committed several unlawful acts during contract negotiations. Among other violations, the National Labor Relations Board prosecutor determined that management illegally implemented a policy that resulted in fewer work hours for employees, barred union members from being at work during non-work hours, made coercive and disparaging comments about the union, and refused to provide the union with information about medical benefits that was necessary for negotiations. Management had to remedy its unlawful acts by paying back wages to workers affected by the policy, rescinding changes not negotiated with the union, providing withheld medical benefits information, and posting a notice affirming workers’ union rights.

At Providence’s Swedish Medical Center, the National Labor Relations Board prosecutor found that Swedish management had illegally terminated a social worker for her union activity, changed emergency department schedules without negotiating with the workers’ union, and implemented other changes to staffing and scheduling without first negotiating with the union. Firing union supporters is an illegal tactic to discourage workers from exercising their rights. Making unilateral changes in working conditions without bargaining is also illegal because it sends a false message to workers that unionization is futile: they will never have a voice at work. The federal government ordered Swedish to make the terminated worker whole, rescind changes that were not negotiated with the workers’ union, and post a notice affirming workers’ union rights.

The federal government has charged Providence St. Peter’s Hospital with violating workers’ rights and failing to negotiate before making unilateral changes. The charges alleged that Providence management unlawfully retaliated and discriminated against a worker for her union activity. In the other case, management illegally withheld information about workers’ medical benefits, which obstructed fair negotiations.

Ideological Opposition to Unions: Refusing to Reach a First Contact

By using illegal union-busting tactics, Providence demonstrates its ideological opposition to healthcare workers having a union voice to improve the care they provide and the standard of living for their families. Its refusal to bargain in good faith for first contracts is a common tactic by unethical, anti-worker employers. Stalling for years to reach a first contract after workers vote to form a union can defeat unionization through turnover, burnout and demoralization. Providence is very healthy financially and has the resources to address workers’ concerns around safe staffing and fair wages, and provide the same standards it has in place around Washington state. However, Providence executives have refused to negotiate a fair contract with caregivers and instead chosen to waste resources on anti-union campaigns with high priced lawyers that take the focus off of delivering quality patient care.

Do you have an experience – as a patient, employee or community member – of how Providence has lost its way and is not adhering to the original core values? We want to hear your story and will keep it confidential, please fill out the form below:

Nurses and caregivers of SEIU Healthcare 1199NW are calling for safe staffing, fair wages and a just contract at Providence Hospice and Homecare of Snohomish County.